Sorry about being MIA around the blog for most of April. It's just been one thing after another here for the last couple weeks. Two weekends ago, Engineer W and I went to Florida to attend a family wedding. I was just a guest, but he was a groomsmen, so there were lots of events to attend and general running around. The wedding itself went off without a hitch with only a few minor hitches, and it was good to see family members that we otherwise don't see very often.

The ceremony was held outdoors at a serene little park. Unfortunately, it drizzled the whole time, so all of the guests and the wedding party got rained on. Of course, it could have been much worse. Originally the weather forecast predicted thunderstorms, and the chairs were arranged under a cluster of tall trees! Luckily no T-storms arrived, but it was still no fun to sit through 30 minutes of spritzing. The moment they were pronounced man and wife, everyone rushed to get under the nearby tent where the reception was set up. 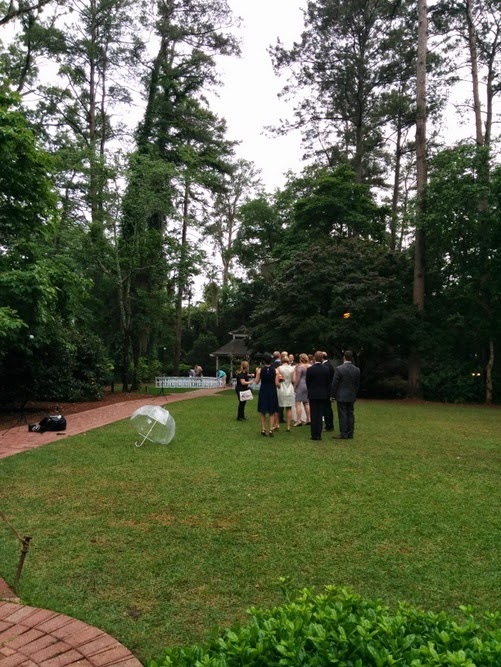 Here's a picture of what we wore to the wedding. There wasn't really a specified dress code, so I went with casual garden attire. It was the perfect opportunity to wear this raw silk floral Ann Taylor dress that I thrifted from Goodwill a few years ago for $5. It was a little baggy, so I took it to the tailor the week before the wedding and had them reinsert the back zipper for $25. I also wore my "special occasion" metallic Vivs, which got a lot of compliments. The groomsmen were allowed to wear their own suits (as long as they were navy or grey), but the couple got them all matching french cuff shirts and bowties.


A few days after we got back from the wedding, I came down with a nasty cold. In fact, it was probably one of the worst colds I've had in the last five years. My throat really hurt, I had a horrible wracking cough, and there was even a low-grade fever. It basically took me out of commission until last Wednesday when I finally started to feel better. Since I was out sick for so long, now I've fallen quite behind on research and need to play catch up.

In the midst of my terrible cold was the Lilly Pulitzer for Target launch. In retrospect, I shouldn't have stayed up for the online launch since I was already sick (I had a relapse the next day), but I had been looking forward to the collection for months, and I didn't want to let a cold get in my way. I was able to score much of my wishlist before the website crashed, but the shift dresses were mostly sold out by then. I was bummed about that but was too sick to brave the 8:00am crowds myself the next day, so Engineer W offered to go instead. Sadly, his luck wasn't much better. A huge mob of women descended on the dresses and left only empty racks in their wake. 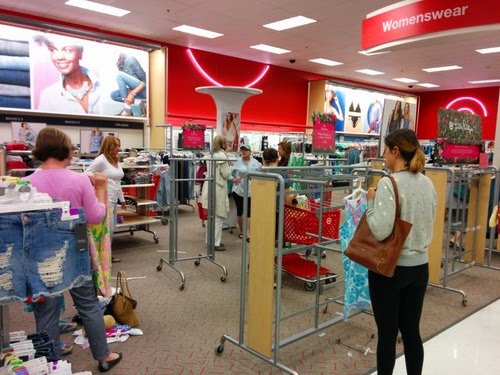 This was the only thing he snagged in-store. I was just happy that he managed to get anything. 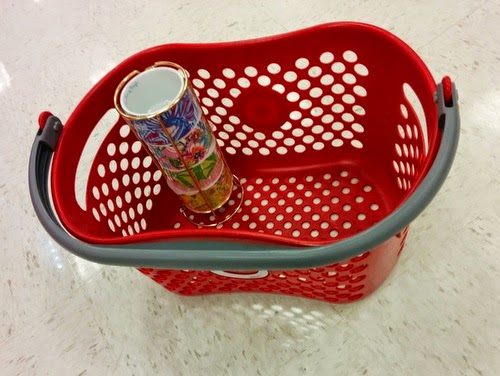 Anyway, so that's what I've been up to this month. How was your April (and your Lilly for Target experience)?