Historically July is the worst month for my budget. Is it really any surprise though? I feel like every single retailer had huge blowout sales this month, and every time I couldn't resist the temptation. I bought a lot of stuff, but some items haven't arrived yet so I'll include them in next month's budget. 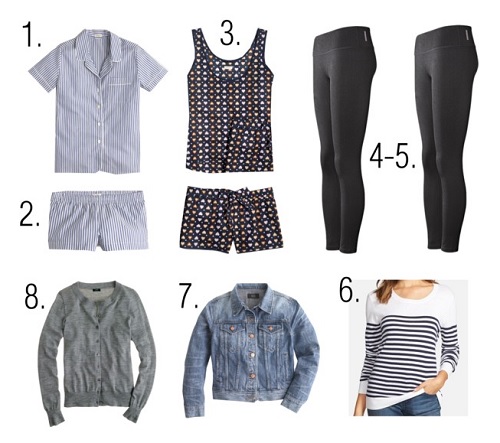 To begin with, I realized that my closet was missing warm-weather pajamas. I'm one of those people who can't wait to change out of their clothes the moment they get home, and I spend 95% of my time at home in pajamas. However, most of the stuff I own is made of flannel and really more appropriate for fall/winter. Enter two sets of J.Crew Factory pajamas. They're both very lightweight and made of 100% cotton. The blue striped set feels more menswear inspired, while the set with the heart pattern is more feminine. The top for that one has a low neckline, so I've taken to wearing it backwards.

Now onto my haul from the infamous Nordstrom Anniversary Sale. There were a million things on my wishlist initially, but I narrowed them down to only the essentials. Here's what I picked up.

4-5. Zella live in leggings (black XS) - I love these leggings! Since the black color rarely goes on sale, I decided to pick up two pairs during the Nordstrom Anniversary Sale. I bought a pair last year and wore them all the time. They're great for yoga, working out, and/or general lounging. They're closer to yoga pants than regular leggings in terms of how thick and opaque they are. Highly recommend! Originally $52. Paid $33.90 + 6% off ebates = $31.87 x 2.

I'm also keeping these Zella socks but didn't include them in the budget, because socks and underwear are necessary essentials. I ordered these Sperry duck boots too, but they're going back because I'm not in love with the quality.

As I mentioned during my June budget post, I wanted to focus on finding the perfect denim jacket this month. I ended up finding two and compared them in my last post. I asked everyone for feedback, and based on some excellent insight, I decided that I'm going to keep the medium wash one for sure. Thanks, everyone! 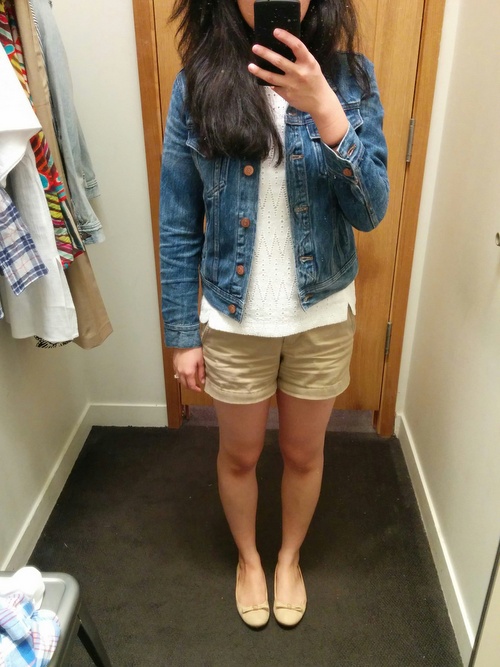 Now onto the biggest sale (and personal budget fail) of this month, J.Crew ran an unprecedented online sale of 75% off select items last week. At first I tried to stick to my guns and only buy items that I really needed. Hence I picked up 3 of these Tippi cardigans, which I already own and wear all year round. Unfortunately final sale was in effect at the time, which was lifted the following morning. I was a little annoyed about that, but by then all the classic colors had sold out in my size. I guess you win some, you lose some. I ended up placing a second HUGE order later on in the day when none of the items were final sale, but I won't know what I'll keep in the end until my order arrives, so stay tuned for next month.


To atone for ordering so much stuff this month, I cleaned out my closet and listed a bunch of things on eBay. Five of those items sold so far for a profit of $65.96 (after shipping and eBay/PayPal fees).