One of the reasons I started this blog was to create a better curated wardrobe. Now that 2014 is coming to a close, I thought it would be interesting to look back at the items that I have added to my closet over the past year and evaluate my 10 best purchases. I didn't include anything from December since only time will tell how much use I'll get out of each piece. Instead I focused on favorites that I wear all the time.

1. Madewell outbound jacket (olive tree XXS) - Before I purchased this military jacket, I tried on many other options, including offerings from J.Crew Factory, H&M, and Old Navy. I even purchased a few but always felt dissatisfied and ended up returning or selling them. None looked as good nor fit as well as this one. It does sort of serve the same purpose as my J.Crew downtown field jacket, but I get plenty of wear out of both during the warmer months. 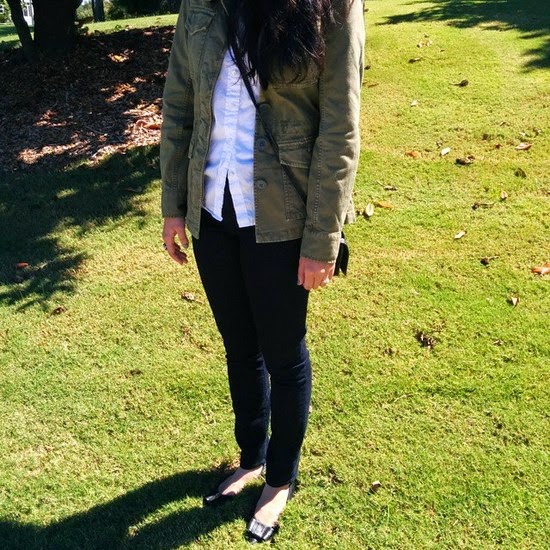 2. J.Crew Factory novelty quilted puffer vest (black XXS) - Ah, this is arguably the most popular vest that J.Crew/J.Crew Factory has ever produced. I was lucky enough to snag one for 40% off when it was released at Factory earlier this year. At first I thought it was a little too boxy, but clearly that doesn't bother me, because I wear it all the time. It's a great layer worn alone or under jackets and coats. 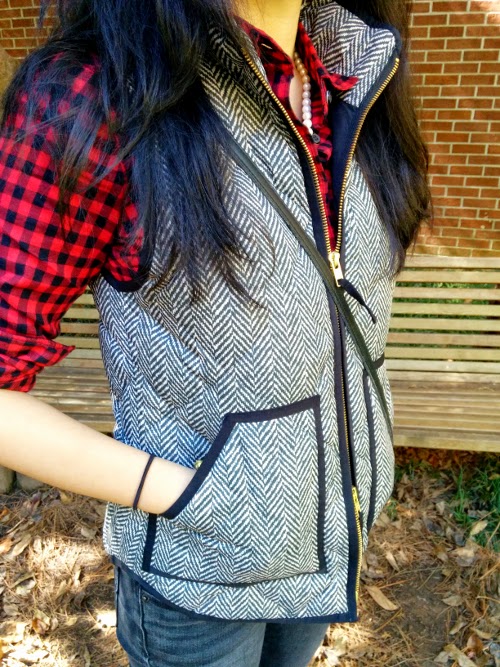 3. J.Crew Factory geometric graphic merino sweater (graphite ivory XXS) - This is my favorite sweater of the year. I probably wear it once a week and even seriously considered getting a duplicate as a backup. Case in point: a few weeks ago I was eating (read: slurping down) some spicy noodle soup, and a little bit of red chili oil splashed on it. I completely flipped out and spent the rest of lunch obsessing over whether I would be able to get the stain out. When I got back to my desk, I used my Tide To-Go pen, which worked like magic. Still a close call though. 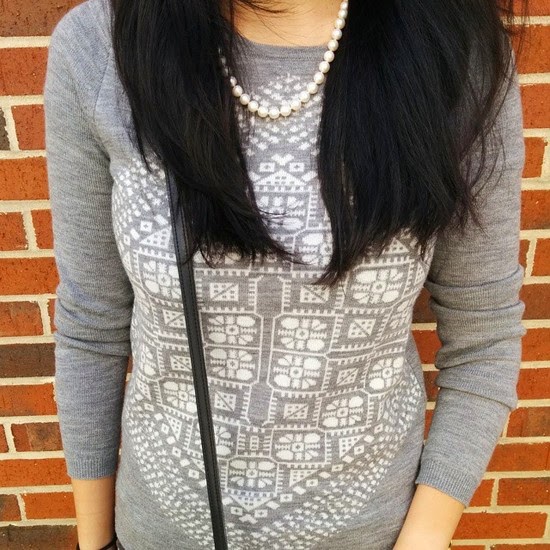 4. Madewell transport tote (English saddle) - Everyone and their sister seems to have this bag, but it's legitimately worth the hype. The leather is thick and sturdy. The craftsmanship seems good. I use it every day to ferry my books/papers to and fro from school, and so far, so good. I do wish there were more pockets inside, but I just throw in an organizer, which solves that problem.

5. Pour La Victoire Loryn knee-high riding boots (black 6M) - These are the perfect knee-high leather boots. They hug my chicken legs like a glove, and there was no break-in period. The leather is very supple so they hardly have any creases across the foot like other leather shoes I own. I really can't say enough good stuff about them. I wish my cognac riding boots were as nice. 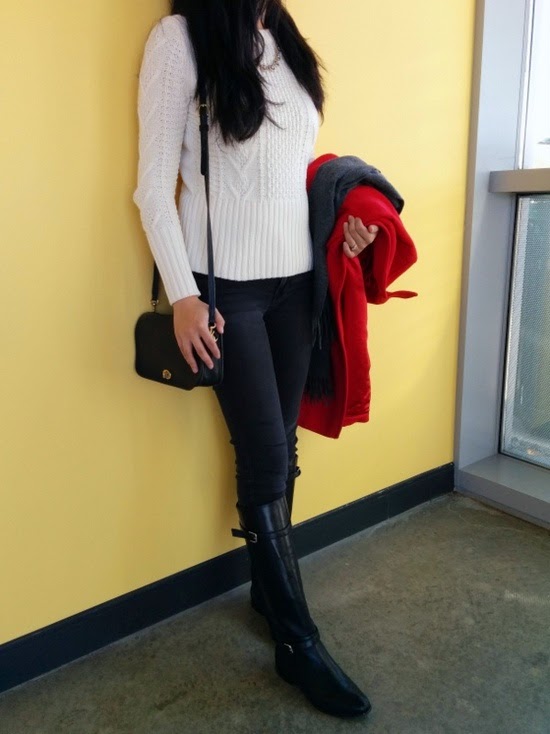 6. J.Crew tassel-trim scarf (neon papaya, similar in plaid) - I didn't expect to wear this scarf as often as I did. Since my wardrobe is mostly neutrals and blues, a nice pop of coral frequently completes the outfit. I also wear it on chilly plane rides, and it has doubled as a wrap for weddings.

7. J.Crew Viv metallic flats (metallic platinum 6H) - These are my special event shoes since I don't wear heels. Somehow the platinum color, which is neither silver nor gold, goes with absolutely everything. I've worn them to multiple weddings and professional events. They're quite comfortable too despite the pointy toe, because I had sized up from my usual 6. I really would wear them every day if I wasn't so worried about them getting too dingy. I wish I had bought a second pair, especially now that the Vivs have been phased out.

8. Nordstrom boxed round 2ct tw cubic zirconia stud earrings (clear CZ/sterling platinum) - I bought these simple studs after Katherine from Feather Factor recommended them. I'm constantly losing earrings, so I definitely can't wear expensive ones (even if I could afford them). I like that these feel much more hefty than other CZ earrings I've tried. They're good for my sensitive ears and pair nicely with my engagement ring so I wear them almost every day.

9. Michael Kors large jet set saffiano phone wallet (black, metallic version) - Another piece I use every day. This makes changing purses a snap. Usually I only carry this (with my keys attached to the wrist strap) when I go to lunch or take a walk. It also serves as a casual clutch. There's just enough space for the bare essentials (IDs, cash/credit cards, insurance cards, phone, and keys) with no extra space, so it's good for purse minimalists.

10. Longchamp Planetes tote (black large, nearly identical) - This bag essentially serves the same purpose as the Madewell transport tote. I like both, but if I had to choose only one, I would choose this. The Madewell tote looks quite casual, while the Planetes is more multi-purpose. It can be a casual bag, a piece of luggage (very light!), as well as a professional work bag. I've used it for all three purposes, using it to ferry my school stuff, while traveling, and at a conference. As is the problem with many other totes, I wish it had more organizer pockets, and it really could be less expensive, given that it's mostly made of nylon.