Here's Part II of my Factory reviews. Check out Part I here. In all of the photos below, I'm wearing the retail sateen toothpicks (on sale for 70% off with JINGLE) and the Sam Edelman Petty boots. 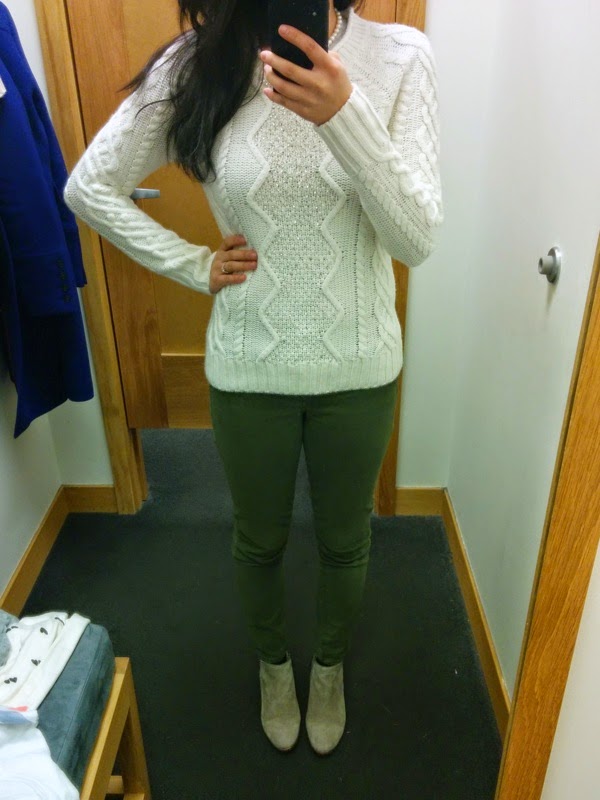 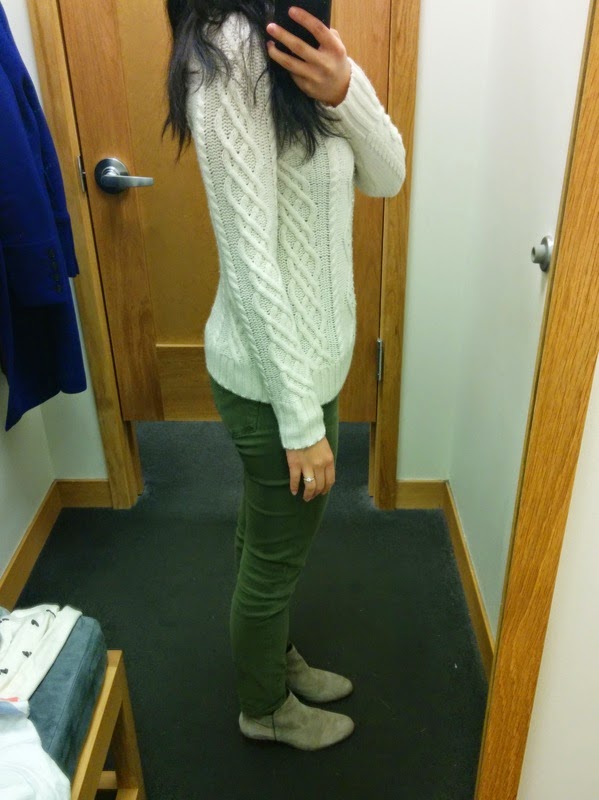 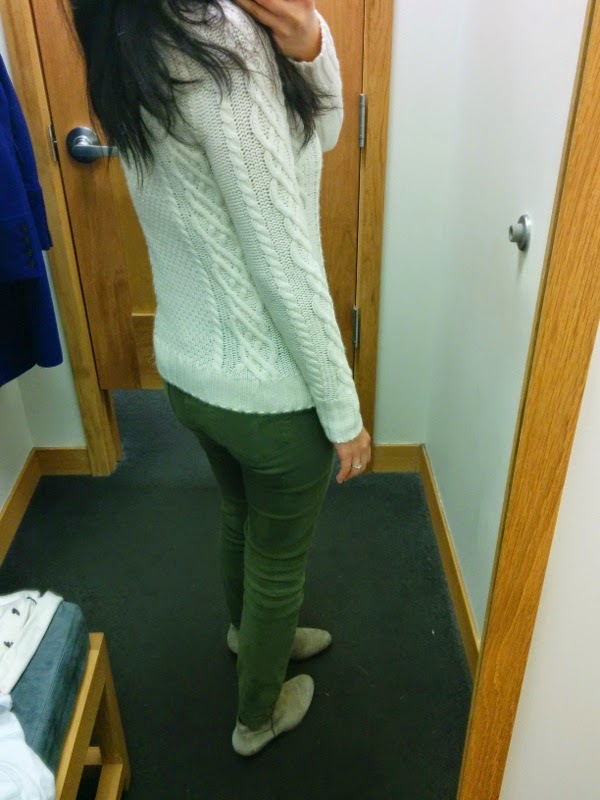 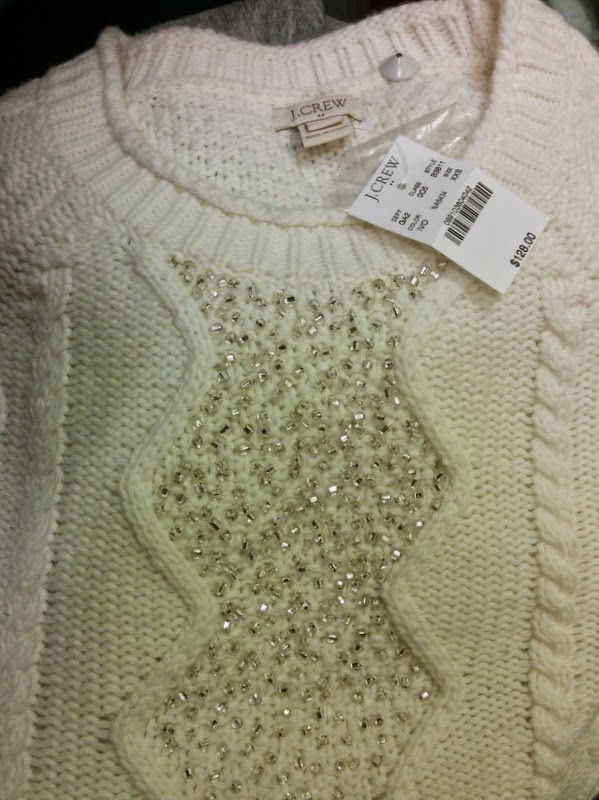 It wasn't until I had put on this sweater that I realized it looks very much like the Gap cable knit sweater I wore to the outlet mall that day (see below). I guess my taste is extremely consistent?

Even though the two sweaters look similar at first glance, several differences became apparent upon closer inspection. One key difference was the embellishment detail, which was composed of shiny little beads that were sewn into the knit. Another difference was that the cabling continues on the back of the Factory sweater whereas the Gap version's back is smooth. Also, the Factory sweater had a rollneck, which I wasn't a big fan of personally since it gaped a little around the neckline. As for the color, I would describe the Factory sweater as truly ivory whereas the Gap sweater was closer to cream (more yellow undertones).

Anyway, I felt that this sweater was true to size. Neither the torso nor the sleeves were too bulky or too long. The knit felt decently warm without being itchy. Overall, this sweater is a solid option, but I think the starting price of $128 is too high. Even at 50% off, I wouldn't buy it. It's only worth about $45 max to me. 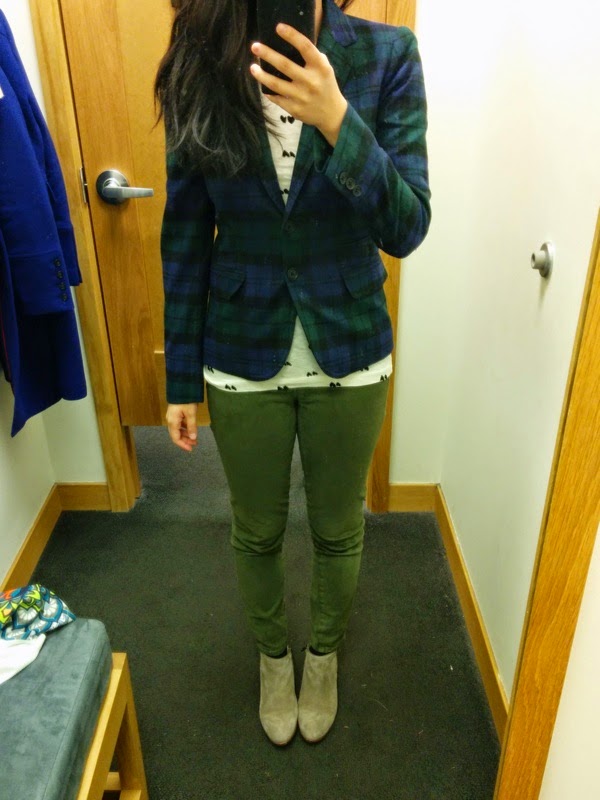 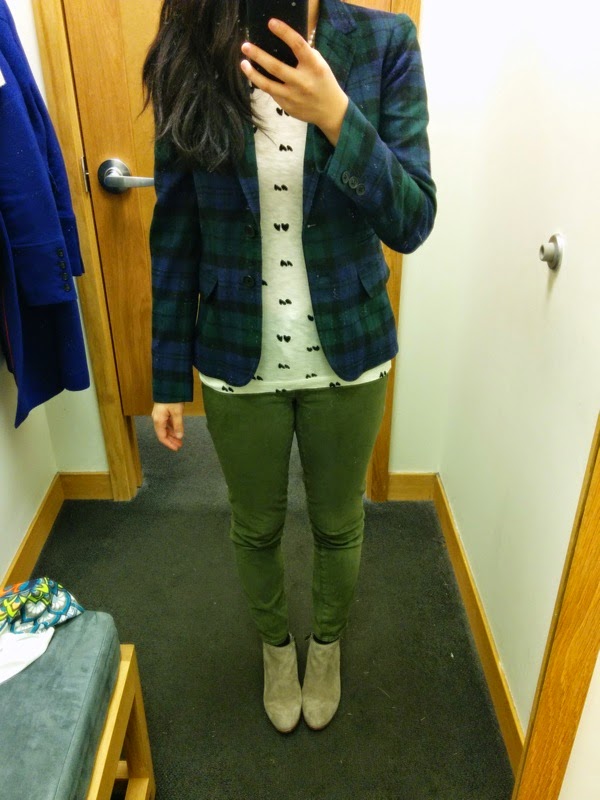 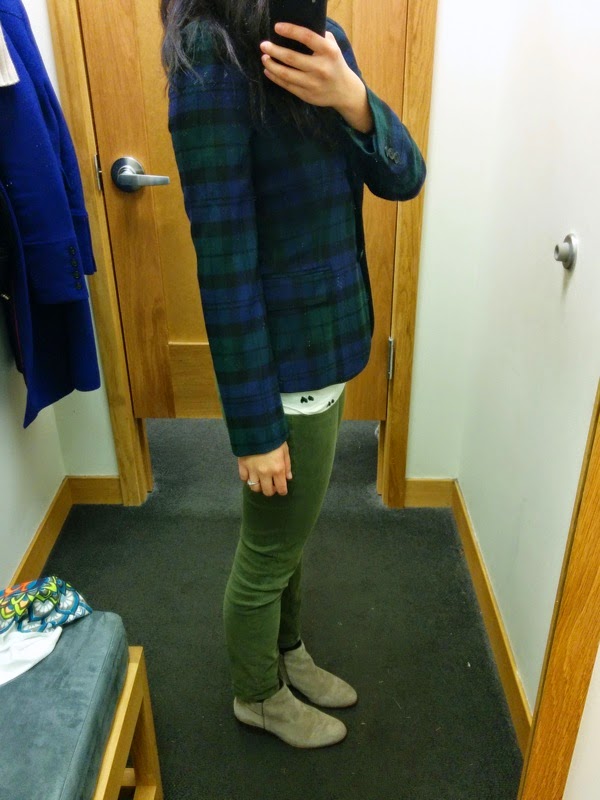 I own the retail Black Watch schoolboy blazer from last year (seen here), and I have to say that this Factory version was really not up to snuff. The wool blend material was extremely thin, considerably thinner than other Factory schoolboy blazers. It felt very flimsy and lacked structure. Note how wrinkled the sleeves and torso are. Also, the buttons felt very cheap, and the black watch pattern looks too flat. The colors are very one dimensional and lack the depth of the retail one. This blazer fit fine in the shoulders and sleeves but seemed to run slightly small in the torso. My usual 00 pulled a little at the stomach (see above). Even though I love black watch plaid, I would not recommend this blazer. 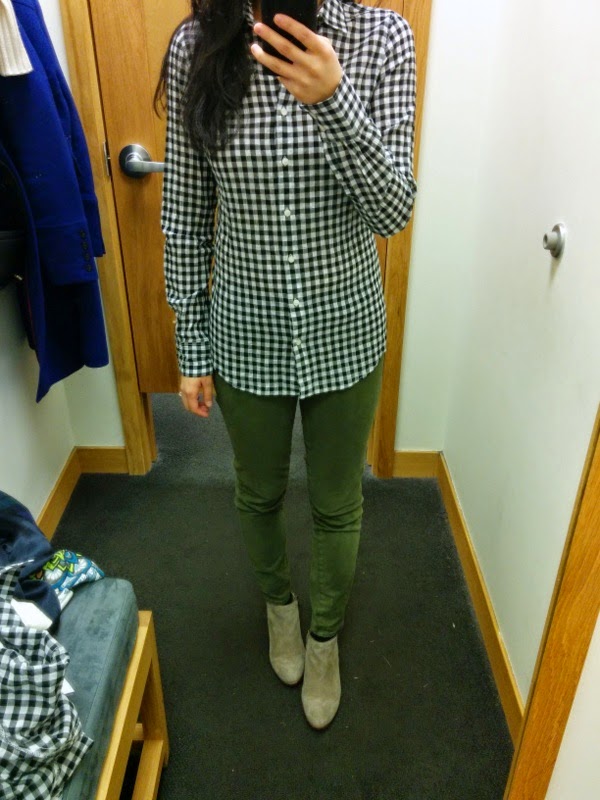 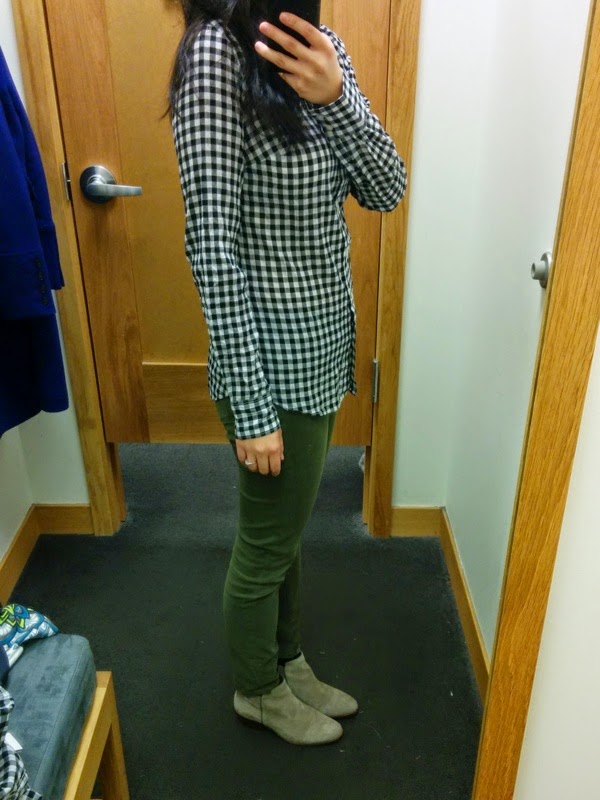 This button-down is the Factory version of the retail crinkle boy shirt in black check. The first thing I noticed about this shirt upon trying it on was the fabric choice. The material is very lightweight and thin, almost gauzy, making it more suitable for summer than winter. Even though I like the classic black gingham pattern, I probably wouldn't buy this now since it just isn't seasonally appropriate. Maybe I could have overlooked the fabric weight eventually, but the fit also wasn't right for me. It was too long in the torso and the sleeves. I'm only 5' 4" though, so it could still be a good three-season layering option for taller ladies.

That's a wrap! Have a good rest of the week!